Polly Morgan is an internationally recognised artist specialising in the medium of taxidermy. Her work has been exhibited in galleries, auction houses and museums such as Haunch of Venison and White Cube, Bonhams, Somerset House, Horniman Museum and Other Criteria, and collectors include Ivor Braka, Kate Moss and Vanessa Branson.

Born in Banbury, Oxfordshire, Polly’s childhood was spent surrounded by a menagerie of animals on the family’s Cotswold farm. In 1988 she moved from the countryside to London to study English Literature at Queen Mary’s University, during which she worked in the Shoreditch Electricity Showrooms, a bar popular with artists. After graduating, Morgan continued to manage the bar, but also began tinkering with taxidermy – a hobby that would shortly become a profession after an inspiring visit to George Jamieson, a master taxidermist in Edinburgh.

Morgan’s work is best known its dynamic and narrative approach to taxidermy. Not wanting to merely mimic the natural habitats of her subjects, Morgan often places them in unexpected and unusual settings, such as in a martini glass or under a miniature chandelier, to encourage fresh perspectives on a traditional medium. Her work is careful, exquisite and dark, but not a reflection on death as a theme, preferring instead to see her art as a visual discourse on life and rebirth.

Tessa Packard [TP]: Taxidermy as an art form has risen in popularity over the past years. Why do you think public opinion towards taxidermy has changed?

Polly Morgan [PM]: I think a spotlight has been shone on it via it’s surge in popularity. The more people have talked about it the more others have understood that it doesn’t have to involve any cruelty to animals. Once this has been established it no longer has to feel like a ‘guilty secret’ to collectors.

[TP]: How do you think taxidermy as an ‘art form’ is perceived by the commercial art world today? Is it possible to be a taxidermy-only artist and have the same level of distinction as a sculptor or painter?

[PM]: I’m not sure it is yet. I have achieved a certain level of success but there are whole other tiers of the art world my work hasn’t reached. It is acceptable from an artist who uses it as one medium of many but to start life as a taxidermist and go on to be considered an artist is a tougher thing.

[TP]: When did you achieve that turning point with your craft to that of celebrated artist?

[PM]: A former colleague at a bar I had worked went on to set up Bistrotheque in East London and asked me to make some work for the club. He had four domes for me to fill and it was good for my discipline as it forced me to think about the works as a whole rather than to just mount a single bird. We had a little unveiling party for them and so many people turned out to it, many from the art world, and I was taken aback by their popularity. I was approached by a rather scruffy man who enquired about buying some of my pieces, who I later learned was Banksy. As a consequence of that show I was asked by an artist friend who also ran a gallery, to exhibit at the Zoo Art Fair. I did this and the piece sold before the fair had opened. That’s when it really hit me that I had the potential to succeed commercially in the industry.

[TP]: Where do you get all your dead animals from? Is your network of suppliers predominantly UK based, or from sources abroad?

[PM]: They are all UK based, as I can’t import a dead carcass without huge difficulty. I speak to breeders mainly, sometimes vets; people who are there at the point of death. I ask them to freeze anything then dies as soon as they can and I will come and take it off their hands.

[TP]: What’s currently in your freezer?

[PM]: Weirdly I’ve got a friend’s giant pet rabbit in there – she’d asked me if I was able to do anything with it when it died. To be honest I’m still considering what to do with it. I have mainly snakes at the moment as my most recent work has tended to feature them, but some animals have been there for ten or so years as I don’t always use things immediately.

[TP]: Are there physical limitations to your work? Have you ever had an idea for a piece but been unable to execute it? Or perhaps been unable to get hold of a chosen subject?

[PM]: I initially found snakes particularly challenging as the issue with taxidermy is once mounted the skin acts like a shrink wrap and reveals the surface of the body beneath. With birds and mammals that’s not really a problem as they’re either covered in feathers or fur, which tends to hide any fine lumps and bumps in the form. With snakes however it’s a lot more difficult to hide so the form needs to be perfect when you mount the skin. They also lose their iridescence and colour as they dry and it can be hard to restore them to their former glory.

[TP]: Being a taxidermist, ‘death’ is naturally a key component in your work. But in terms of theme, how much of your art is actually about confronting death and how much is it about defeating it?

[PM]: I always think that death is only relevant to my work in that the animals have to die before I can use their skin. I see most of my work as being no more about death than a charcoal (made from dead wood) portrait is. It’s just another material. However my early works did feature dead.

[TP]: Is there a species type that you most enjoy working with – birds over mammals for example? And would you say that you prefer to prioritise British species over those from further flung lands?

[PM]: I’ve always tended to prefer local species as opposed to more exotic ones, I like to make people reconsider the beauty of something that has become boring through familiarity. That being said I do love to work with snakes, most of which are exotic, avoiding the poisonous ones however, which one particularly enthusiastic supplier tried to give me once!

[TP]: Have you ever turned down a bespoke request?

[PM]: I’m not so keen on bespoke requests if I’m really honest, as despite the fact the client in question always promises to allow you artistic license, it’s often the case where they come to you knowing exactly what they want, so I feel it can be a compromise. I did have one very odd request once concerning someone’s grandmother….the less said about that one the better!

[TP]: The new vanguard of renowned taxidermy artists, such as yourself and Nancy Fouts, Harriet Horton, Claire Morgan etc, are largely female. In your opinion, why do you think taxidermy as a profession appears to attract a predominantly female crowd?

[PM]: This isn’t something I’m sure about, though you are right to have noticed that the trend is for more females creating taxidermy as art. I notice that men tend to prefer taking on the bigger animals, women the more fragile.

[PM]: I’ve got an exhibition coming up  in London this year which I’m in the midst of preparing for. Sadly I can’t share any specific details yet – but watch this space!

Town or Countryside? Countryside
Favourite city? London
Your perfect dinner guest, dead or alive? Philip Larkin
If you could time travel to any era it would be…? The future
The best meal you’ve ever eaten is? The Steak Rossini at Scott’s
The one essential you can’t leave home without? My nature book to identify the different animal species I encounter when travelling
Pet hate? People turning up early
Favourite book? A Confederacy of Dunces
What would your gravestone read? I would rather give my body to science than have a gravestone 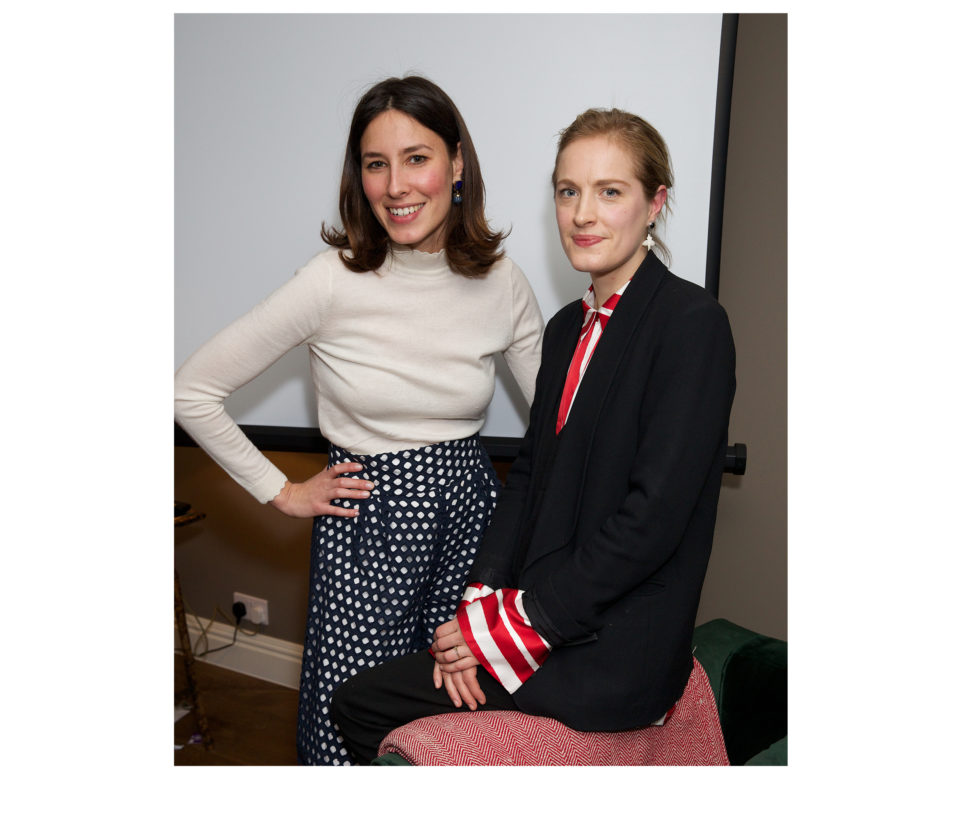