The Anemone Cufflinks take their name from both the anemone plant and the sea anemone, considered to be the most colourful ‘flower’ of the ocean. The large lake in our imagined garden would be carpeted with a bed of sea anemones at its bottom, creating a magical paradise for tench, pike and carp to enjoy throughout the year.

Hand-crafted in England, the Anemone Cufflinks are the ultimate versatile accessory for gentlemen, worn as easily by day as by night. Their verdant verdigris colouring gives them an emerald-toned look without appearing to brash or loud. An onyx cabochon at the centre completes the design, attaching a touch of elegance and tradition to these statement cufflinks.

These cufflinks have featured in such publications as the Jermyn Street Journal, VO+ Magazine, Wallpaper Magazine, Brummel Magazine and Katerina Perez Online. 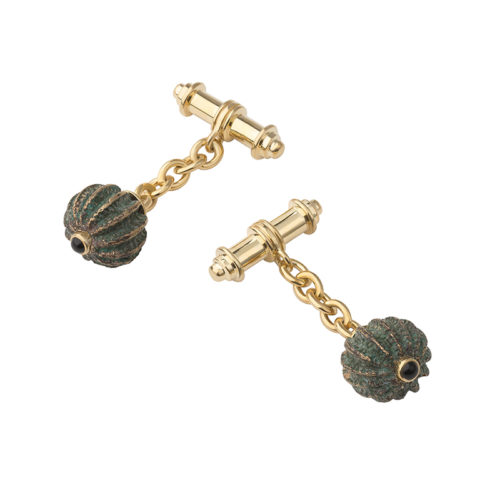 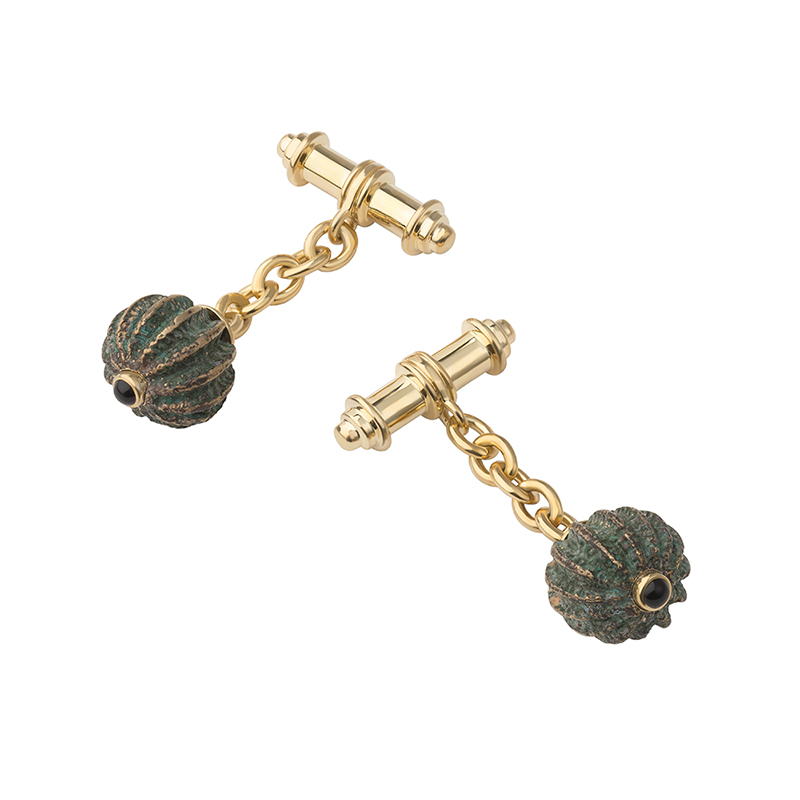 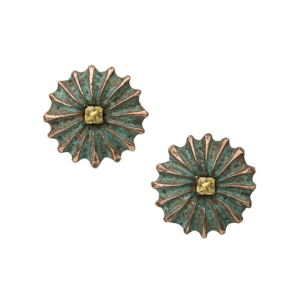 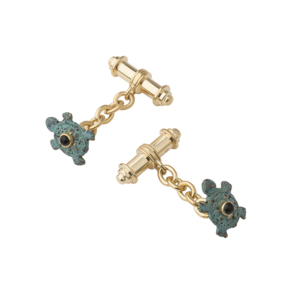