The one-of-a-kind Country Club earrings are the epitome of statement elegance. Hand-crafted in 18ct yellow gold and brass, they feature a very special method of gemstone setting: liquid resin. Once the vintage caramel-coloured beads were arranged in a round mould, resin was poured over the design and left to set for a number of days. The result is a truly novel and exciting way of constructing jewellery, allowing the full bead (or gemstone) to be seen without any casing or metal frame holding it in place. The same method has been used in both the Palm Beach Earrings and American Sweetheart Earrings.

This unique piece of jewellery is inspired by the fashions of 1950s country clubs. Country clubs were invented by affluent Americans in the late 1800s, the overwhelming majority of whom were British in descent. Their creation had a profound effect on the development of the American social scene in the twentieth century, particularly the 1940s and 1950s, when society looked to put down new roots after the war. This rush of new wealth influenced pool culture in America, coining the phrase ‘hope floats’. Like the grand hotels of Orlando and Miami, high-society country clubs became playgrounds for the rich and powerful investing in complex and sophisticated swimming pool infrastructures to entertain. Penguin waiters, elaborate cabanas and pool side dining created a new place and culture of socialising, giving rise to what we now informally call the pool party.

The Country Club Earrings have been featured online by such jewellery editors as @jillnewman, and in such publications as JCK Magazine. 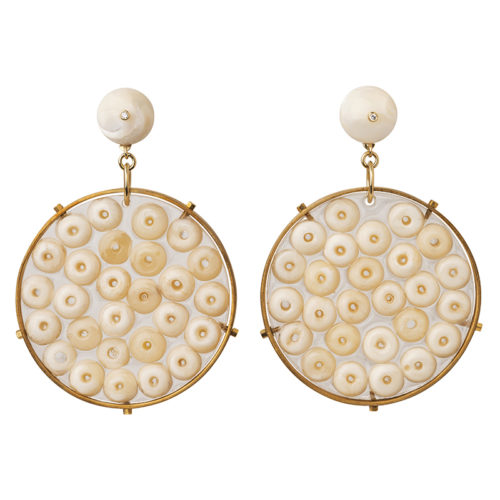 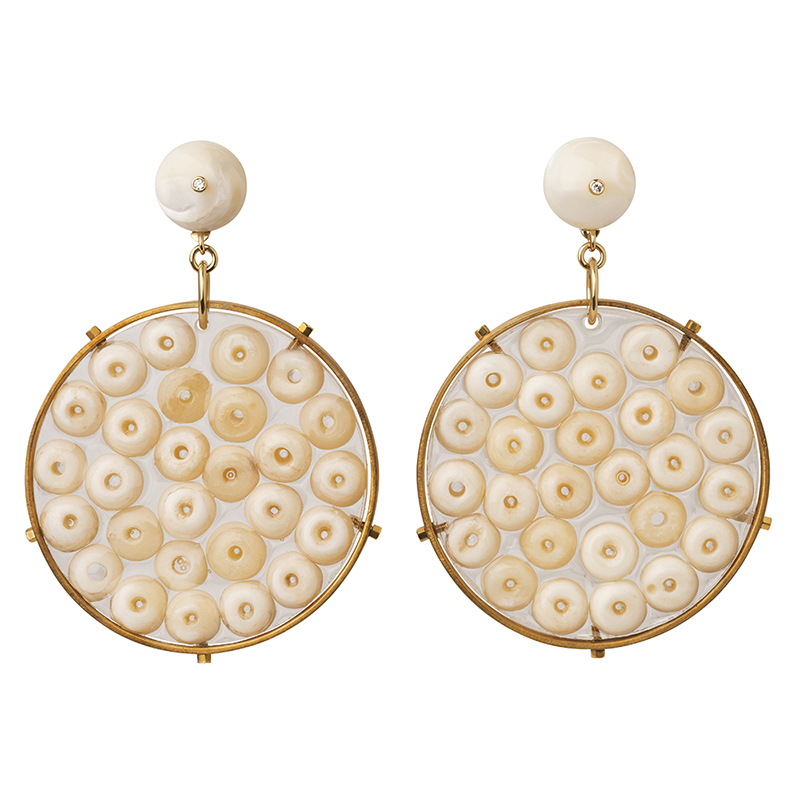 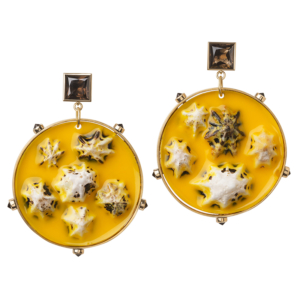 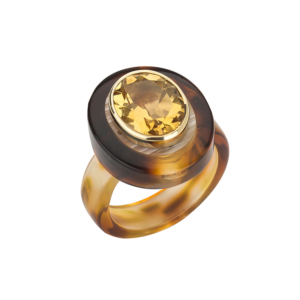