The Cryptic Cufflinks draw their inspiration from the children’s fairytale, The Emperor’s New Clothes. This story about deceit and illusion is here interpreted in the humorous form of overgrown, emerald-cut shaped cufflinks, made not of gemstone but metal. In our world, record-breaking rocks are no longer the preserve of billionaires! 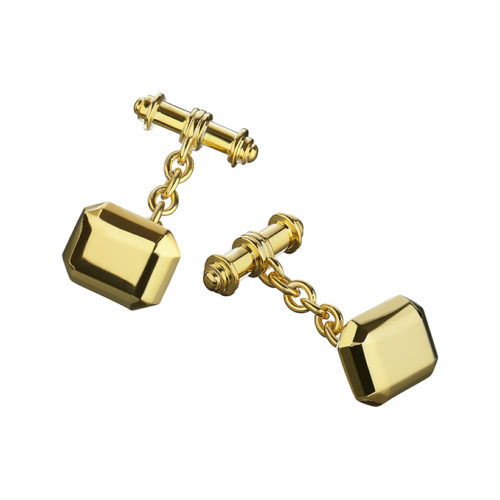 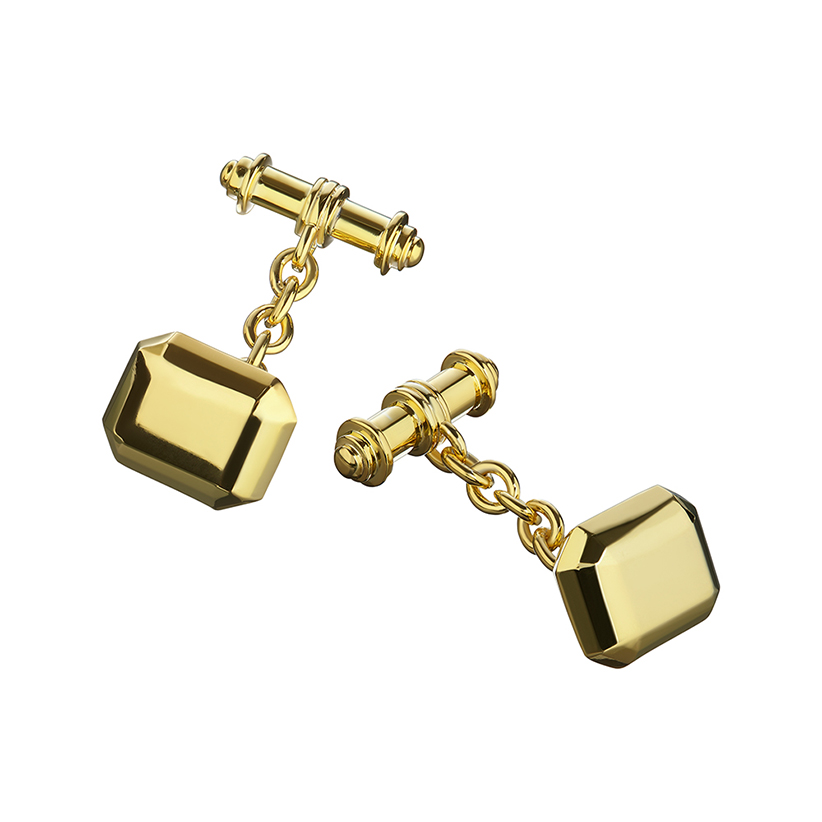 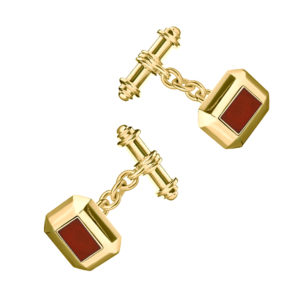