The garnet is a versatile gemstone, full of character and colour. Its name is derived from the Latin word ‘granatus’, meaning seed or grain because of the stone’s resemblance in hue to the seeds of the pomegranate fruit in its most recognised, blood-red form.

Legends and folklore place garnets among the most ancient of talismans, not only prized as an ornamental jewel but also as one that had strong curative powers and protective energies. For many, garnet gemstones are believed to inspire creative energy and purify the body to a re-energized state. It is also thought by crystal enthusiasts to promote self-empowerment and harness inner strength.

The Cryptic Pendant is hand-crafted in 9ct yellow gold and set with a beautiful, deep red garnet at its centre. Its clean lines makes it a worthy gift for anyone who likes unfussy jewellery, or jewellery with a modern touch. The pendant itself takes its shape from the famous asscher-cut diamond, creating the illusion of a stone within a stone.

The Cryptic Pendant is also available in white topaz, amethyst, peridot, citrine, topaz, iolite and smokey quartz, making it an ideal gift for any jewellery lover, whatever their birth month. 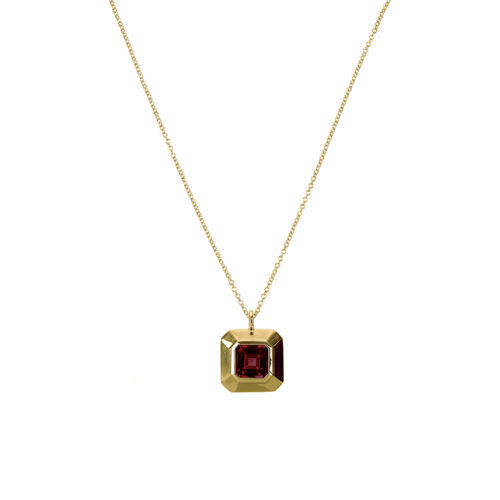 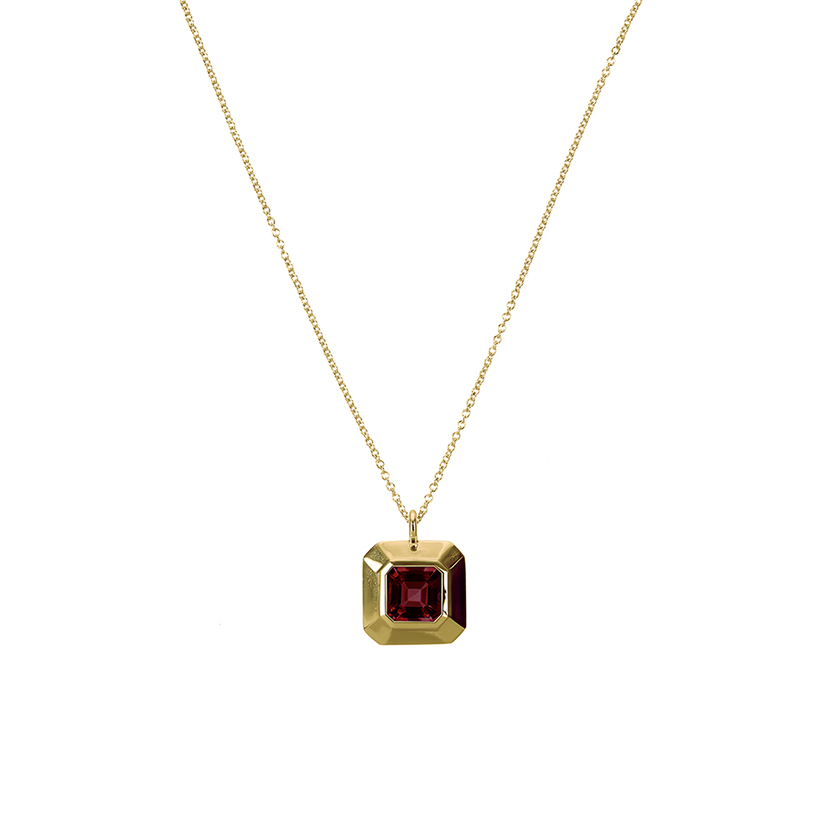 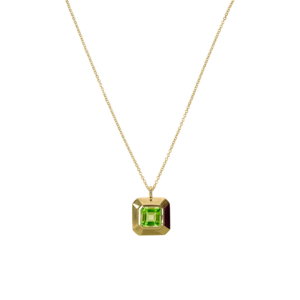 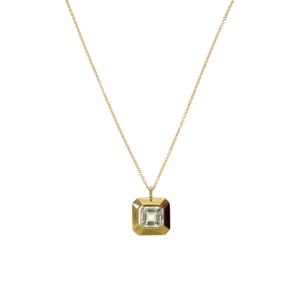