Revered by ancient civilisations and modern jewellers alike, the peridot is a truly treasured and timeless gemstone. At times called the evening emerald for its light green colour, it was once believed in Hawaii that this stone were the tears of the volcano goddess, Pele, and when set in gold, the peridot would protect the wearer from nightmares.

The peridot is unusually just one of a handful of gemstones that exist in a single colour: green. Varying from bright, acid green to more subdued, earthy tones, the gemstone can also be characterised by its size as peridots rarely reach more than 3 carats in weight.

The Cryptic Pendant is hand-crafted in 9ct yellow gold and set with a beautiful, luscious green peridot at its centre. Its clean lines makes it a worthy gift for anyone who likes unfussy jewellery, or jewellery with a modern touch. The pendant itself takes its shape from the famous asscher-cut diamond, creating the illusion of a stone within a stone.

The Cryptic Pendant is also available in white topaz, amethyst, topaz, citrine, garnet, iolite and smokey quartz, making it an ideal gift for any jewellery lover, whatever their birth month. 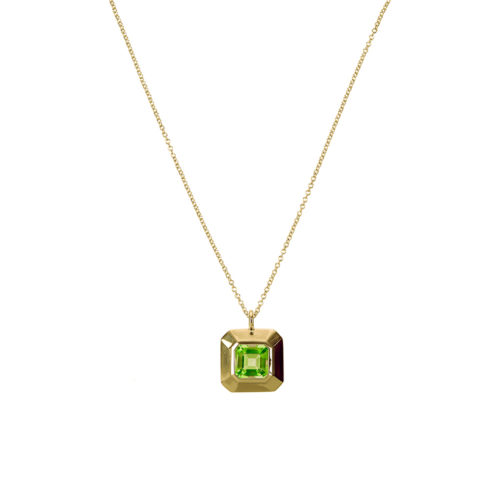 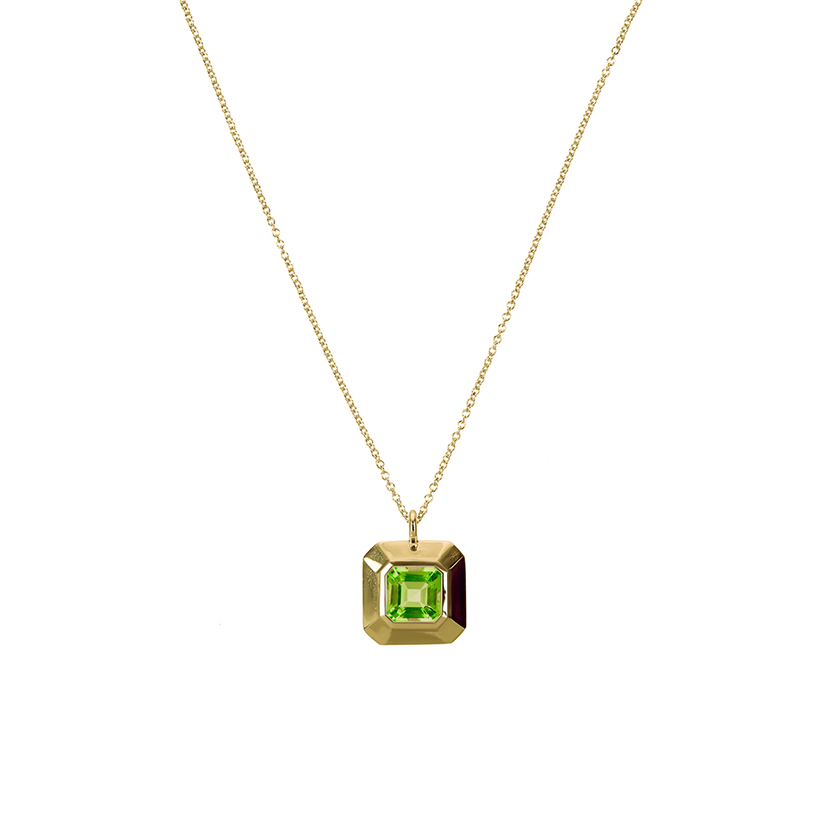 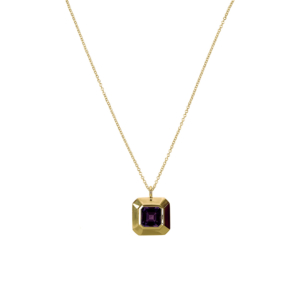 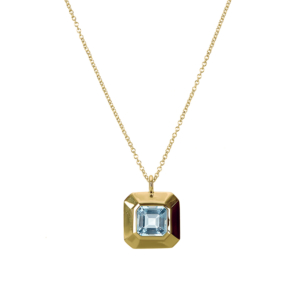