Hand-crafted in London in 18ct yellow gold, the Evergreen Earrings draw direct inspiration from the natural world and the flora that resides within it. Green tourmalines in ombre-effect are set down the length of the earrings to evoke a stem-like form, from which a small, suspended bone bud hangs. Bone is an extremely light material, making these gold drop earrings the perfect day-time, all-day accessory.

For centuries, various cultures have had different beliefs about what virtues the tourmaline can bring to the wearer. In 18th Century literature references can be found citing this stone to be considered helpful to artists, authors, actors and other creative. Others at the time believed the stone to have sleep-inducing powers if wrapped in silk. Overall, the gem has always been highly valued by alchemists who, because of the tourmaline’s pyroelectric effect, believed it to be a gem related to the philosopher’s stone – a stone that was believed to grant enlightenment, give power over the spiritual, reconcile opposites and turn base metals into gold. In modern times the tourmaline is more associated with October, being one of the two birthstones of that month.

They hail from the designer’s Lost & Found collection, which takes its inspiration from the Victorian curiosity cabinet, the art of Joseph Cornell and the ‘found’ object. Stumbling across a pair of hand-carved bone flower buds at a market store, Tessa kept these trinkets safely stored in a drawer, along with numerous other eclectic finds, for over four years whilst she worked on different designs. Lost & Found embraces these ‘lost’ objects, such as these buds, giving them a new lease of life through creative reconstruction and gemstone embellishment. 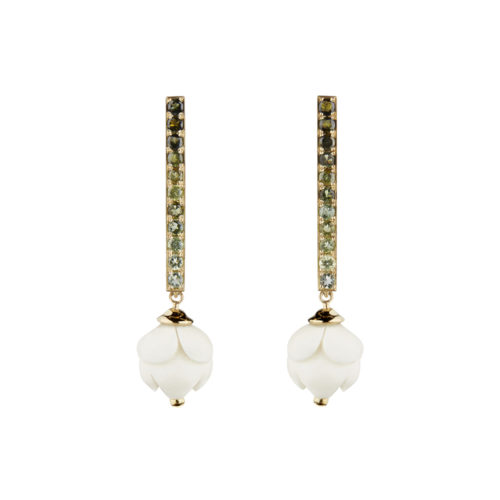 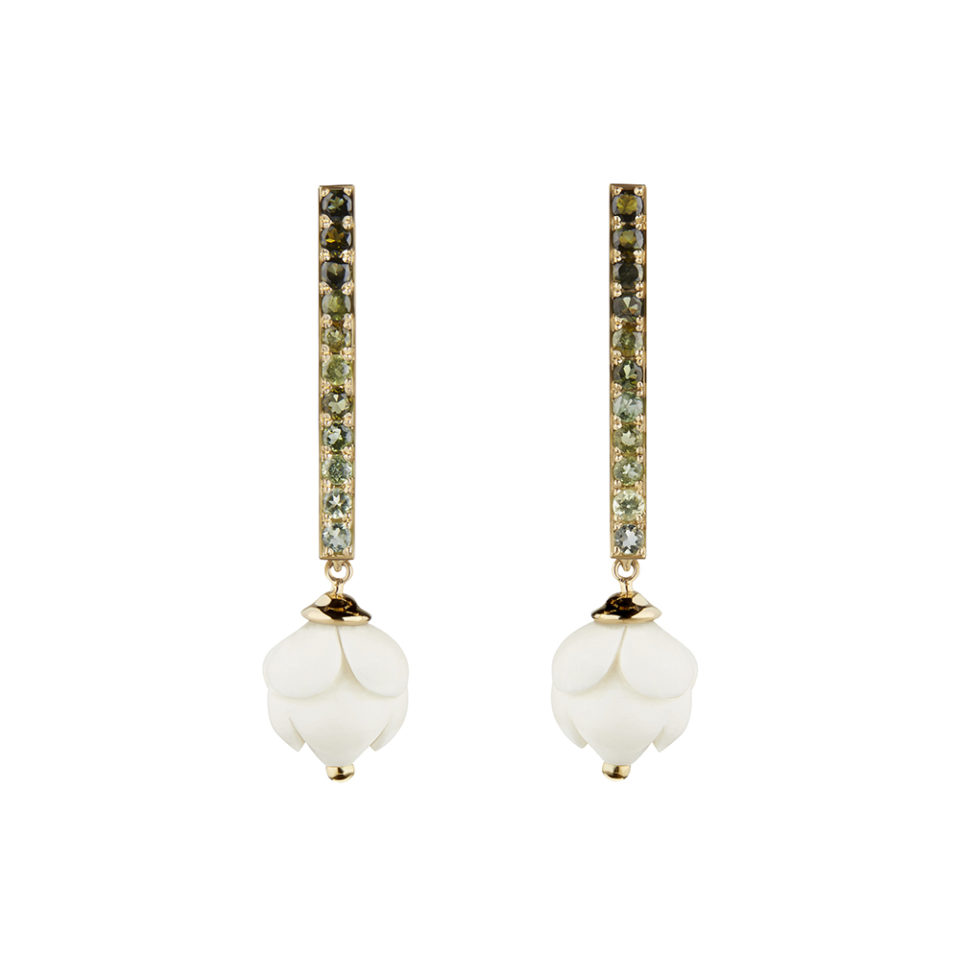 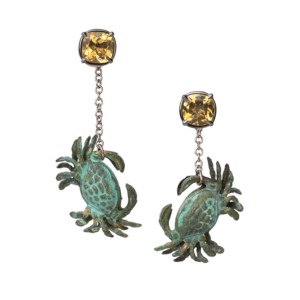