The Madam Pistil Ring is named after an infamous 19th Century Chinese courtesan who, in rags to riches fashion, became a powerful Empress. This cocktail ring hails from the designer’s second collection, No Smoke Without Flowers, inspired by the concept of the opium den or Hua-yan jians (meaning ‘flower-smoke room’). The courtesans that serviced the guests were often given gifts of jewellery for their talents. This exotic collection imagines the jewellery a successful courtesan may have been given over her career.

The Madam Pistil Ring features three bands of channel-set, square-cut garnets, black sapphires and amethysts, each recalling the rich, opulent colours of the Orient. Like all great cocktail rings, it is best worn on its own to allow the unique design to really speak for itself. This unique ring has been featured in such publications as Tatler Magazine,  The Times and Brummel Magazine.

The ring is available in size O/P but can be made to order in any size. 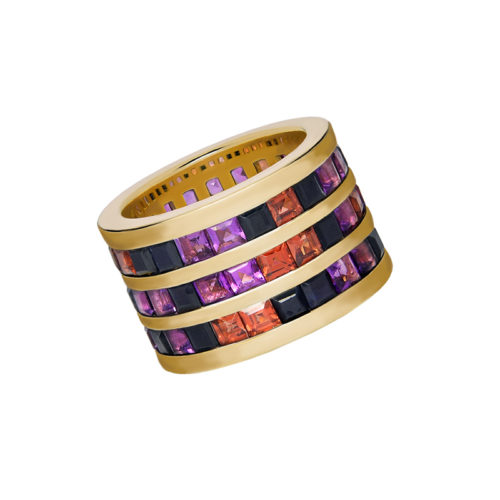 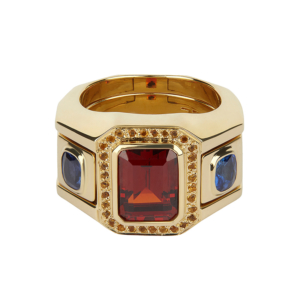 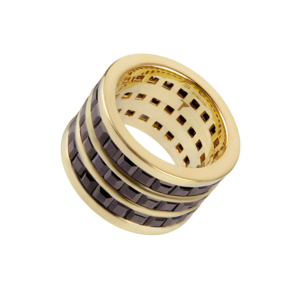