The Moonwalk cocktail was first created in 1969 to commemorate the historical moon landing, and is said to be the first thing that Buzz Aldrin and Neil Armstrong drank upon their return to Earth.

Using mother-of-pearl and grey moonstone, our Moonwalk Earrings look to celebrate this momentous moment and mirror the appearance of the lunar landscape as seen from earth, both today and in 1969, when the world watched man step on the moon from a black and white TV. Hand-crafted in 18ct yellow gold, these galactic earrings are all about narrative details. Here, little rub-over set white diamonds evoke the mottled effect of the craters on this planet’s surface, whilst a pair of stylised, crescent moons up top frame the face beautifully. The choice of mother-of-pearl and moonstone is again deliberate – both materials have an otherworldly luminescence to them, as well as subtle variations of tone on their surface.

The one-of-a-kind Moonstone Earrings work just as well worn by day as dressed up at night. Of all the white stones, mother-of-pearl is the most warming on the skin; these earrings should not be seen as summer beauties – they as chic in winter as they do in the summer.

The Moonwalk Earrings hail from our Under the Influence collection, inspired by the whimsical, colourful and joyous world of the cocktail. Developed like potions in an apothecarist’s lab, the collection explores the way in which many of our most legendary cocktails came to be, as well as the ingredients within them and the effects they have on those who enjoy them the most. 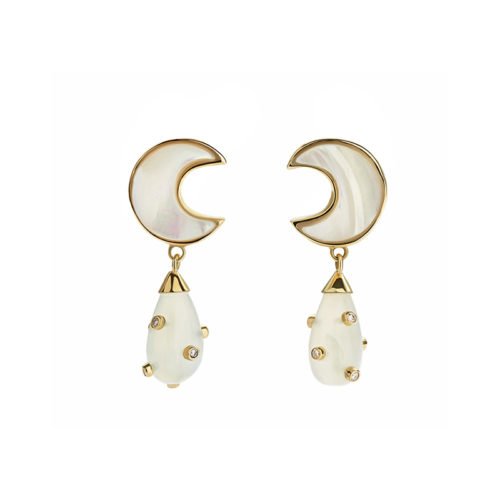 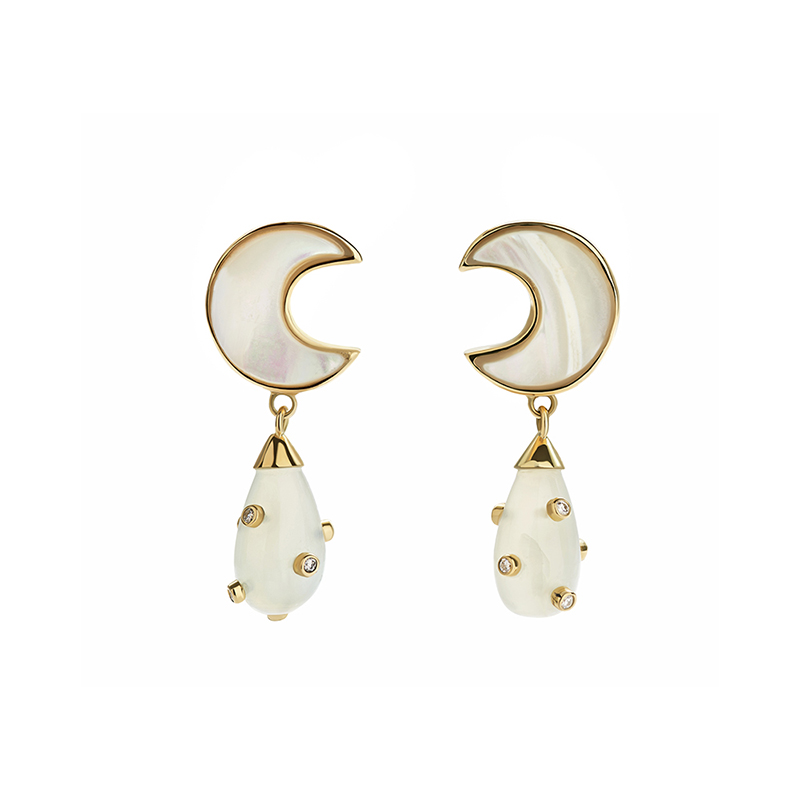 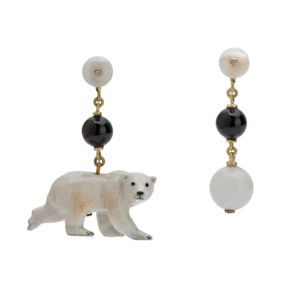 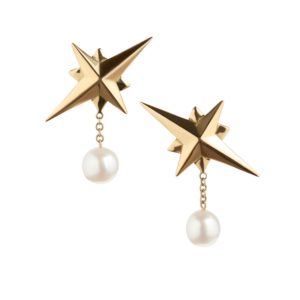