The Moonwalk cocktail was created in 1969 to commemorate the moon landing and is said to be the first thing that Buzz Aldrin and Neil Armstrong drank upon their return to Earth. This one of a kind ring is made from a solid carved band of agate, whose decorative ringed surface beautifully evokes the surface of the moon. Diamond details recreate the lunar craters, with the overall monochromatic look embodying the black and white tones in which the world saw the moon landing on a sixties TV. This ring can be adapted to fit any ring size. 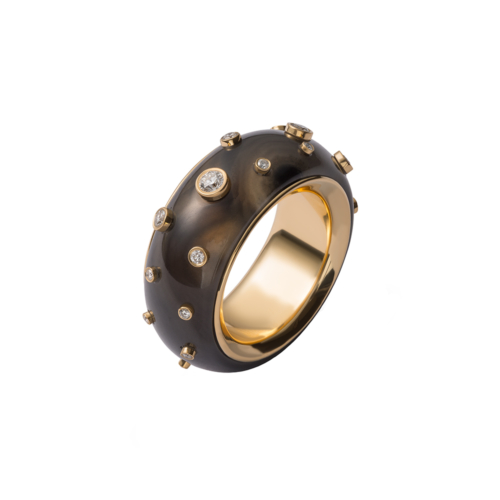 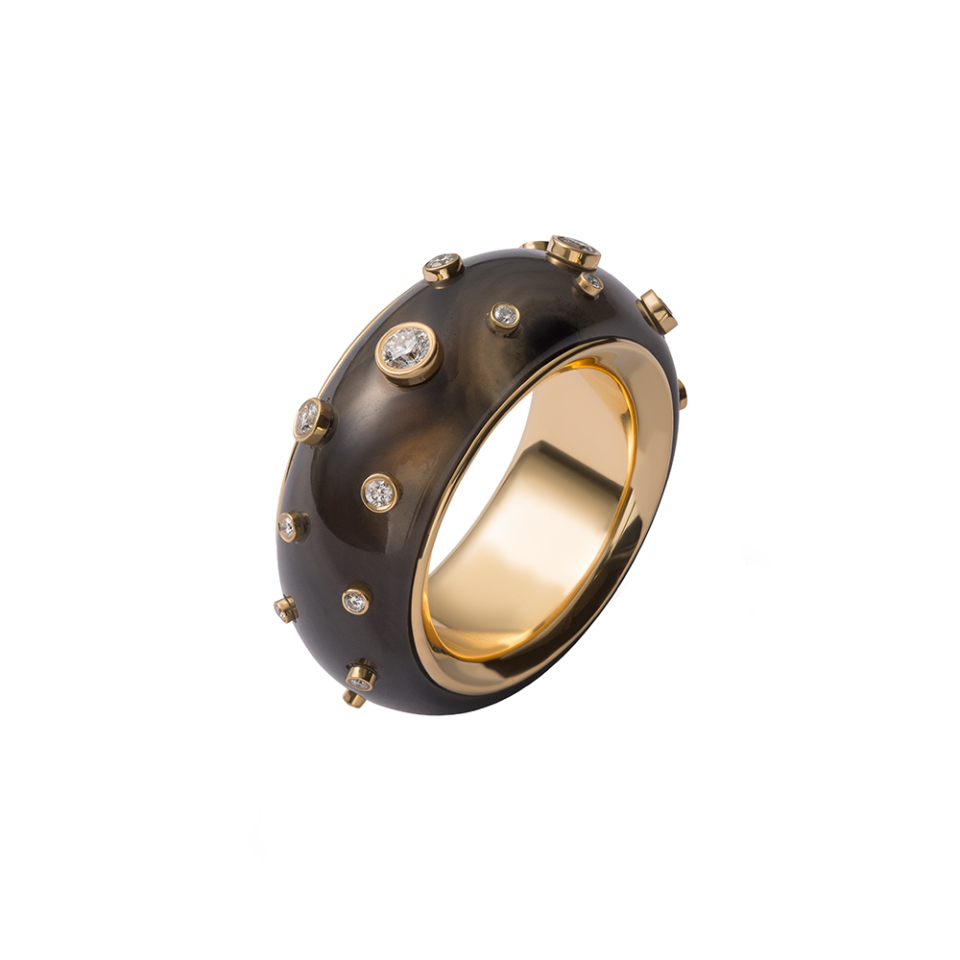 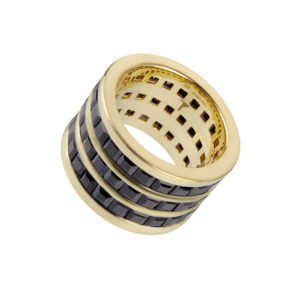