The Cryptic Cufflinks draw their inspiration from the children’s fairytale, The Emperor’s New Clothes. This story about deceit and illusion is here interpreted in the humorous form of overgrown, emerald-cut shaped cufflinks, made not of gemstone but metal. A touch of elegant red enamel suggests what gemstone these cufflinks could have been carved from.

These cufflinks have featured in various publications, including The Field. 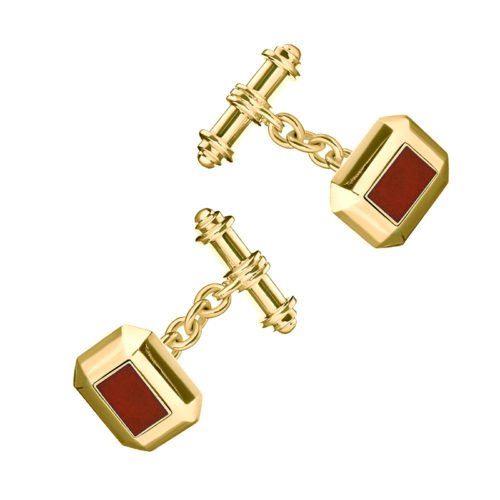 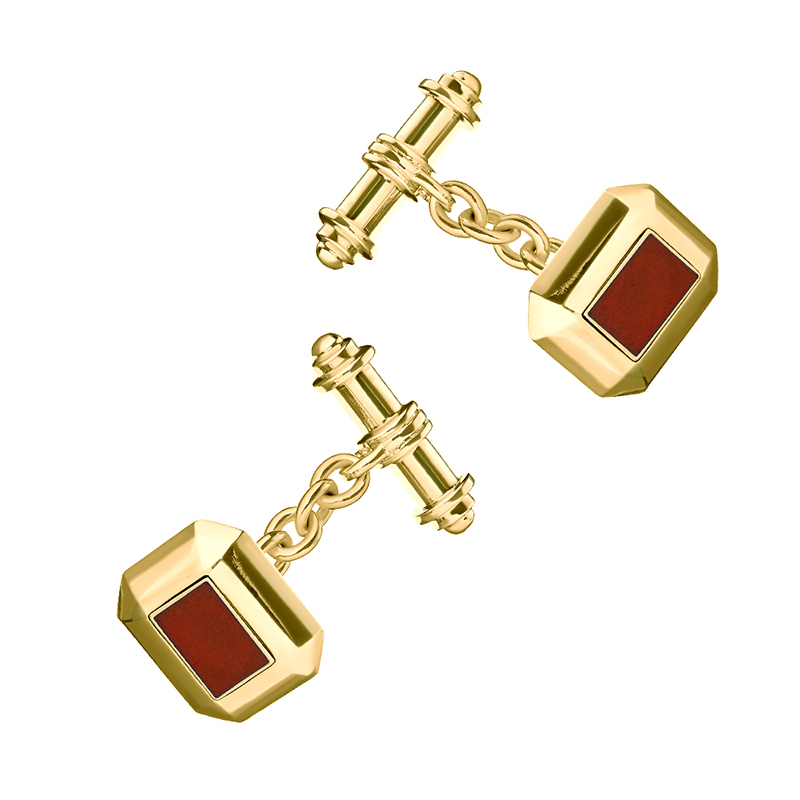 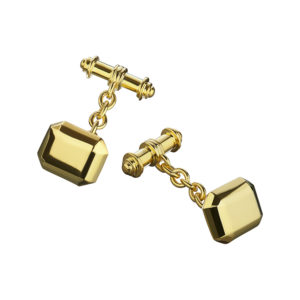 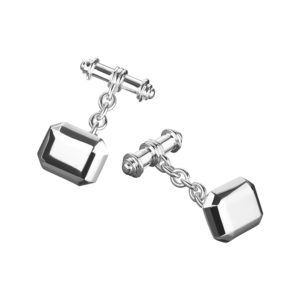