Hand crafted in 18ct gold, the Shanghai Fire Ring is a mesmerising pave work of citrine, garnet and smoky quartz baguettes. Inspired by the rich, fiery colours of the Orient, in particular the vibrant city of Shanghai, this piece is designed to sit delicately across the knuckles when worn.

Cocktail rings first emerged in the jazz-age of the 1920s as a symbol of opposition to Prohibition. During that time, an alcoholic cocktail was about as rebellious a status symbol as you could get. Making sure that everyone noticed your illicit drink was equally important – particularly for women – who were beginning to challenge their proscribed role in the home and society. The cocktail ring – in all its colourful, blinging glory – was thus invented as an emblem of female independence and became the perfect accessory at secret parties in towns and cities across America. Over the last few decades, cocktail rings have really come into their own, with creations constantly pushing the boundaries of shape and form. The two-finger ring or knuckle ring has become particularly prominent as a way of really working the statement cocktail ring.

The Shanghai Ring can be adapted to any ring size. 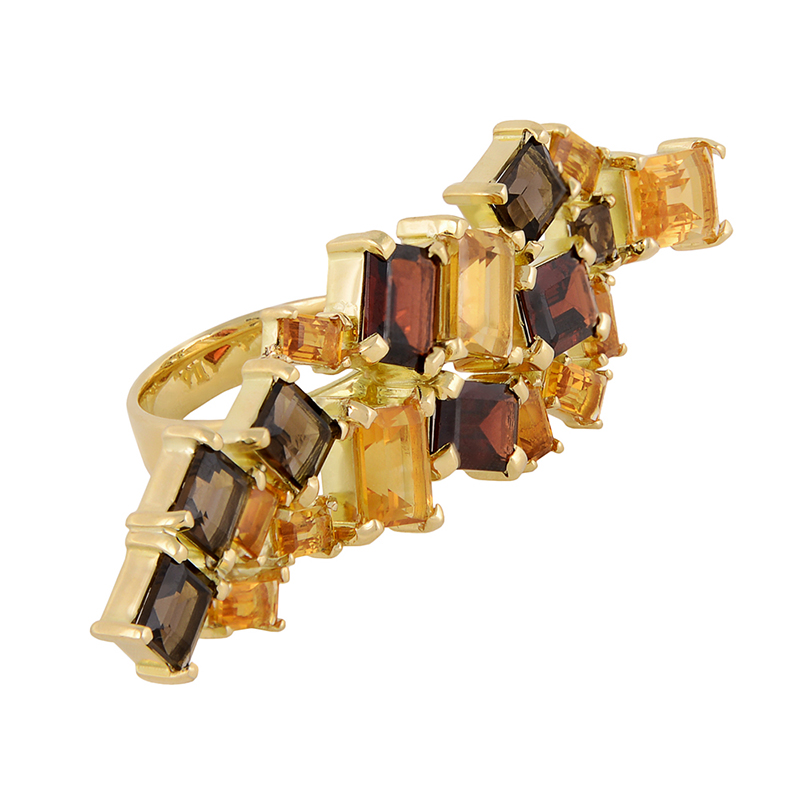 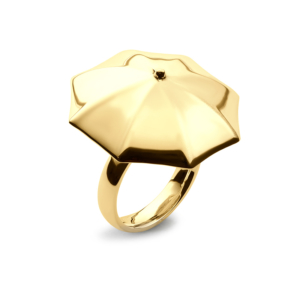