Georgie Coleridge Cole is the dynamic and glamorous founder of Sheerluxe.com, a hugely successful digital lifestyle magazine with over 120,000 daily subscribers. Originally launched in 2007 as a directory for the best online retailers, Sheerluxe.com is now a multi-genre platform, featuring articles on everything from fashion, beauty, wellness and lifestyle products, to brands interviews and destination reviews.

Alongside its wealth of editorial content, the site also offers it’s own online boutique and counts a myriad of emerging, independent and well-established brands as commercial partners. With a team of 20, Georgie has successfully launched an annual B2B eCommerce conference, now in its tenth year, as well as a series of sell-out Women Entrepreneur Forums, aimed at women in the early stages of launching a business.

Her achievements are all the more impressive when you learn she balances all of the above with life as a mother of three.

Tessa Packard [TP]: You launched Sheerluxe.com the year before the crash of 2008. What were the greatest challenges your faced and the secrets to your success?

Georgie Coleridge Cole [GCC]: You’re right. I started SheerLuxe around the time of one of the world’s biggest financial crisis’ which to an existing business was a hugely challenging time. I’d never known anything else so it sort of didn’t affect SheerLuxe. We raised a small amount of money at the end of 2007 and then again in September 2008 just before Lehmans collapsed. Whether we’d have got the money had Lehamns happened two weeks earlier we’ll never know. But what it did mean was that we had to stand on our own two feet and monetise the business pretty quickly and we haven’t raised any money since.

[TP]: How did you go about monetising the site, at a time where eCommerce and online publishing were relatively new?

[GCC]: SheerLuxe.com launched as a directory of the best online retailers and initially we charged retailers annual subscriptions for premium listings in the directory. However early on we saw the value in creating advertorial content and that is still the core business 10 years on. Ultimately it’s not that different to how print magazines make money, although for SL advertorial far outweighs display.

[TP]: How has the digital world developed over the years and what are the biggest issues affecting the industry today?

[GCC]: When I launched SL the majority of the big retail players just couldn’t see the value in digital and refused to part with their budget on anything other than a commission basis if and when a publisher drove a sale. We have come a long way and today brands spend more and more in digital, although there are still some large (particularly luxury) brands that don’t see the value, despite the fact that the vast majority of us consume more information online than anywhere else.

[TP]: When it comes to other female entrepreneurs, who do you most admire?

[GCC]: All the usuals: Natalie Massenet, Helena Morrissey… but above all I admire, and am inspired by, successful women – regardless of whether that success has come from a business they created or from working their way up to the top of another.

[TP]: What is your secret to raising a family while running a successful business?

[GCC]: Being someone who can get things done quickly, by employing talented people you trust enough to be able to delegate to, by having a supportive partner and a mum friend you can call on last minute when you just can’t make the school run.

[TP]: Describe your approach to fashion and your own personal style?

[GCC]: In my job, style matters but the reality is that I don’t have a huge amount of time to put into my wardrobe, so I try and keep it simple, timeless and versatile.

[TP]: Which three places in the world would you recommend to visit to unwind, to party, and to immerse oneself in culture?

[GCC]: Unwind: Zighy Bay in Oman or the Anassa in Cypress. They’re two hotels that are a treat for all the family in beautiful settings. Party: Ibiza. There is nowhere like it. Culture: Does New York count? Who doesn’t wish they’d lived there.

[TP]: What are your future ambitions for Sheerluxe.com?

[GCC]: The mission will always be to create content our readers engage with. What has changed and will continue to do is the mediums via which we communicate. We started as a website. We now have podcasts, social media platforms, daily Facebook lives, a behind the scenes youtube series and The SheerLuxe Show launching imminently. Digital moves so fast, so who knows what beyond that….

[TP]: If you could have forged any other career, what would it be and why?

[GCC]: I always wanted to work for the Prison Service. I don’t know why but my desire to be involved in the system in some way hasn’t changed.

[TP]: Tell us an interesting fact about yourself

[GCC]: I was in the Army Cadets at school…

Town or Countryside? Town. I always wonder if I’ll want to move to the country when I’m a grow up but I haven’t got there yet! I think I like going out for dinner too much.
Favourite city? Got to be New York.
Your perfect dinner guest, dead or alive? Can I say my husband? We are like ships in the night during the week so come the weekend all I want to do is have a good catch up with him over dinner.
If you could time travel to any era it would be…? The Great Gatsby 1920s…
The best meal you’ve ever eaten is? Probably when La Belle Assiette cooked dinner for us and some friends at home. Based on the type of food you want, one of their chefs shops, cooks, serves you (canapes to start with whilst you sit in your sitting room) and above all clear up. It’s absolute heaven and the ultimate treat to enjoy eating and entertaining in your own home like that.
The one essential you can’t leave home without? Several podcasts downloaded onto my phone. I can’t imagine life before podcasts.
Pet hate? Sickies.
Biggest extravagance? Expensive cocktails. I can easily get through 3 lychee martinis before I’ve even ordered.
Favourite book? Too many to mention but right now I’m really enjoying Tina Brown’s Diaries.
What would your gravestone read? I asked my husband and he said: She was loved. 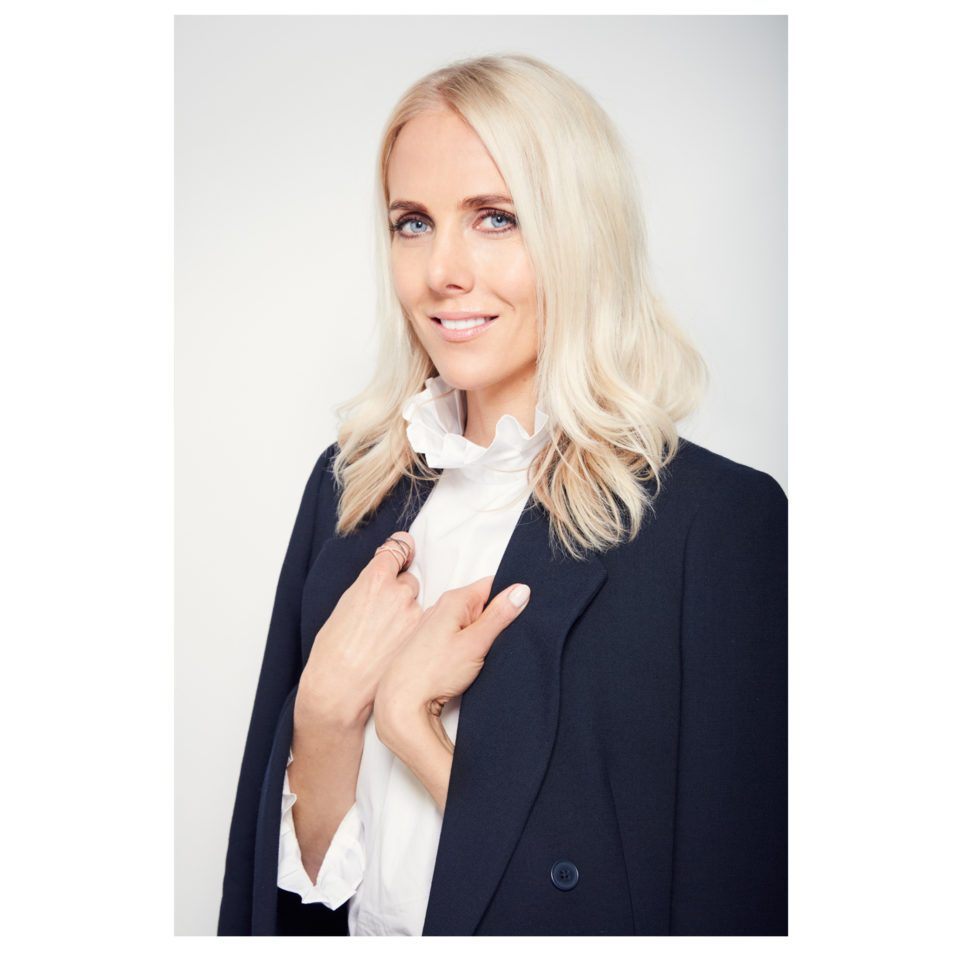