A leading jeweller of the 1960s, Gillian Packard was the first woman to become a Freeman of the Goldsmiths Company.

Born in 1938, Packard studied at Kingston School of Art, the Central School and the Royal College of Art before establishing herself as a recognised jeweller, winning many major jewellery awards as well as a loyal clientele.

Packard was particularly noted for her exploration of form, texture and geometry in her jewellery. She was a pioneer in the arena of interlocking wedding bands and engagement pieces, as well as a forerunner in the innovation of stone setting, encouraged in part by the many competitions run in the 1960s and 1970s by the De Beers consortium.

A leader in the British Modernist jewellery movement, Packard is most well known for her innovative and elegant rings, described by the jewellery historian Peter Hinks as ‘deft and wearable’. Like much of her jewellery, influences of Brutalist architecture and sculptural geometry are easily visible in these rings, as demonstrated by the two specimens at the Victoria and Albert Museum, London, which include simple but statement forms. 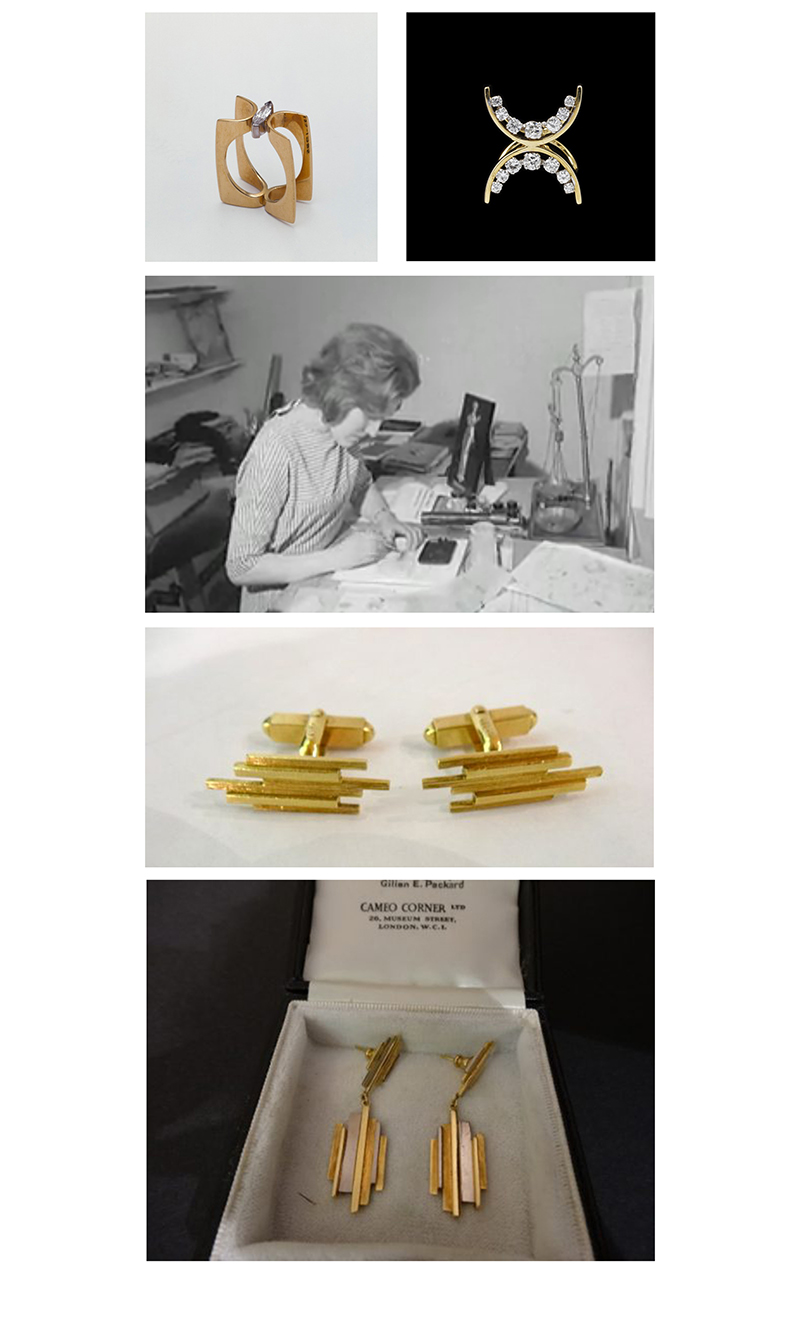