What is CAD / CAM jewellery?

A QUICK HISTORY OF JEWELLERY MANUFACTURING

Once upon a time (what some may describe as the olden days) jewellery was solely made by hand using blow pipes, stone hammers and and fire. Nuggets of gold were heated and beaten into solid sheets of metal to cut to size; or melted down and poured into carved moulds which could replicate the same shape many times. Then a few millennia ago came along the idea of metal wire, chains and lost wax casting, which allowed objects to be cast in the round with detail and finesse.

After that point (and for a few thousand years) new materials, styles and techniques for finishing jewellery emerged and were adopted by goldsmiths, but none so transformative and extraordinary as the 20th Century invention of CAD/CAM (Computer Aided Design / Computer Aided Manufacture).

CAD/CAM has arguably revolutionised the manufacture of jewellery in the modern day. As a technology, it was initially created for research and commercial applications as a replacement for drafting (or drawing by hand). What CAD allowed designers to do was use a computer program to ‘draw’ anything in 3D they wanted and then change, erase, duplicate or redesign any part of the design without having to start all over again (as you may have to with paper and pencil). CAD also allowed multiple sets of designs to be worked on at the same time, and changes to these designs to be made simultaneously.

Once a design is finalised, computerized instructions tell a connected machine to ‘make’ the object in question (CAM) using a specific tool. This could be anything from asking a mechanised laser cutter to cut a pattern into wood, or in the case of jewellery, printing the design in 3D using a special wax, which can then be cast into jewellery using a hot metal of choice.

BELOW  IMAGE: TP DESIGN IN CAD FOR BESPOKE BIRTHSTONE RING 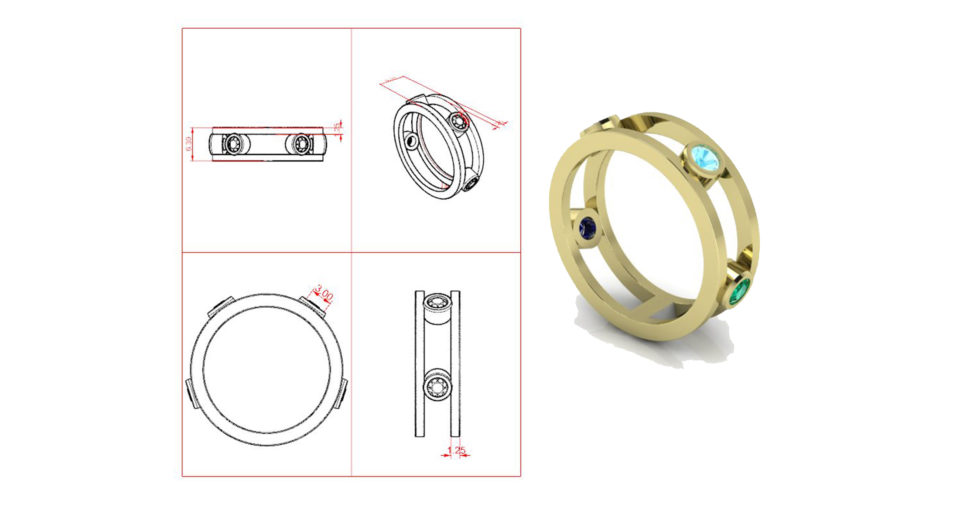 In the beginning, CAD / CAM was expensive and highly specialised. As the technology improved and computers and their programmes became cheaper and more user-friendly, CAD / CAM found its place in more mainstream manufacturing businesses and small, day-to-day businesses, such as jewellery workshops. In a short space of time, someone with no fabrication experience or know-how could essentially learn (quite easily) how to design on a computer and then print through a computer.

The implications for the jewellery world were enormous.

Anyone could essentially by-pass the hand-made stage and make jewellery themselves. Designers could show their clients what a piece would look like in 3D before commissioning it. Printed wax prototypes could allow jewellers to test out the size and aesthetics of a new piece before committing to making it. Design mistakes could be amended quickly and with relatively little cost. A past design could be easily replicated in a bigger or smaller size through one quick change to the design file. And new designs could be created from old designs in fast succession. 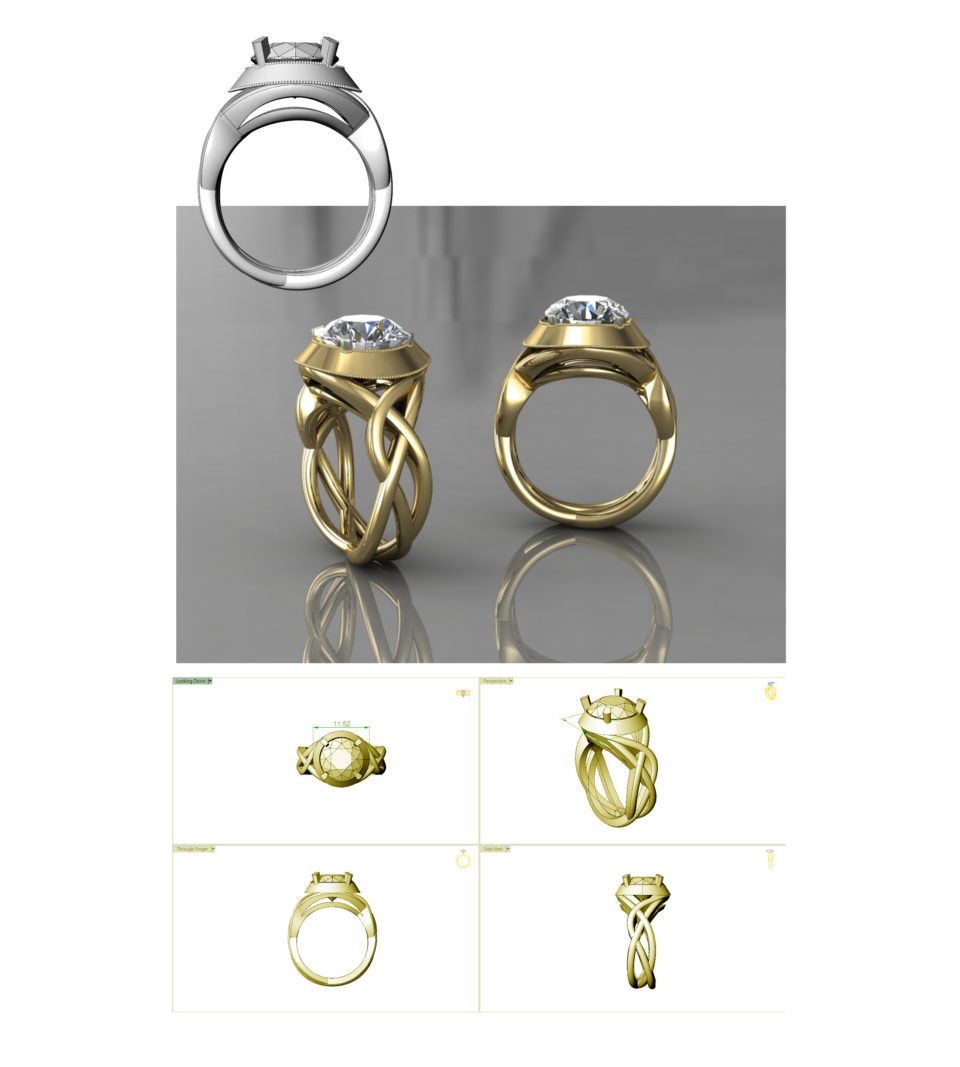 BUT IS IT CHEATING?

The rise of CAD / CAM has not always been seen as a welcome addition to the jewellery industry. Many jewellers have questioned the validity or integrity of making jewellery using this method. Some argue that CAD / CAM removes the craftmanship element from jewellery making, rendering it soulless and devoid of human contact or talent; others have critiqued the mass-manufacture element of it and likened it to jewellery making at factory scale. Some purists have even gone as far to say CAD / CAM jewellery is not real jewellery, and that the use of machines to make fine luxury goods of this nature is cheating. Regardless of early sentiment, and some tentative starts, most jewellery designers and fine jewellery houses have now embraced this technology and do use it in their work. And, ironically perhaps, it is those who are traditionally trained jewellers that have come to produce the best jewellery using CAD. Some practical knowledge of classical jewellery making techniques remains integral to the successful mastery of this technology, as does an eye for good design as ever before. 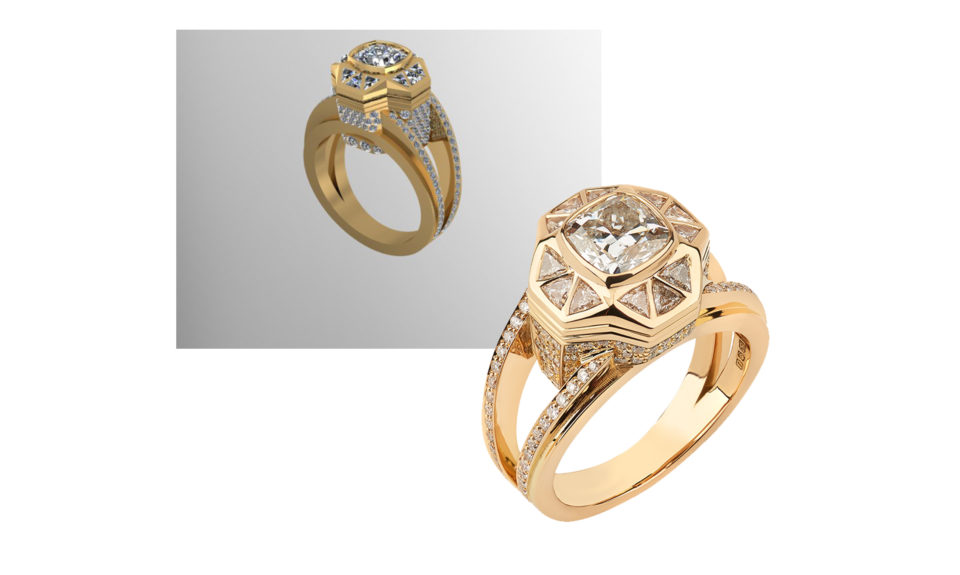 CAD has also been instrumental in developing the VR or virtual reality side of jewellery online. Its sophisticated technology allows jewellery to be convincingly and realistically rendered in 3D, so much so, that to the untrained eye it can be hard to tell apart from the real thing. This allows CAD jewellery images to act as ‘stand-in’s for real jewellery in the virtual reality sphere – whether that be in an online jewellery shop, where a customer can ‘virtually’ try on a pair of earrings before purchase, or a filter on a social media platform, where a user can choose an earring design of choice to show off to their digital audience. Never has it been so true that a jeweller’s studio is their laptop.

BELOW  IMAGE: TP DESIGN IN CAD FOR BESPOKE CUFFLINKS 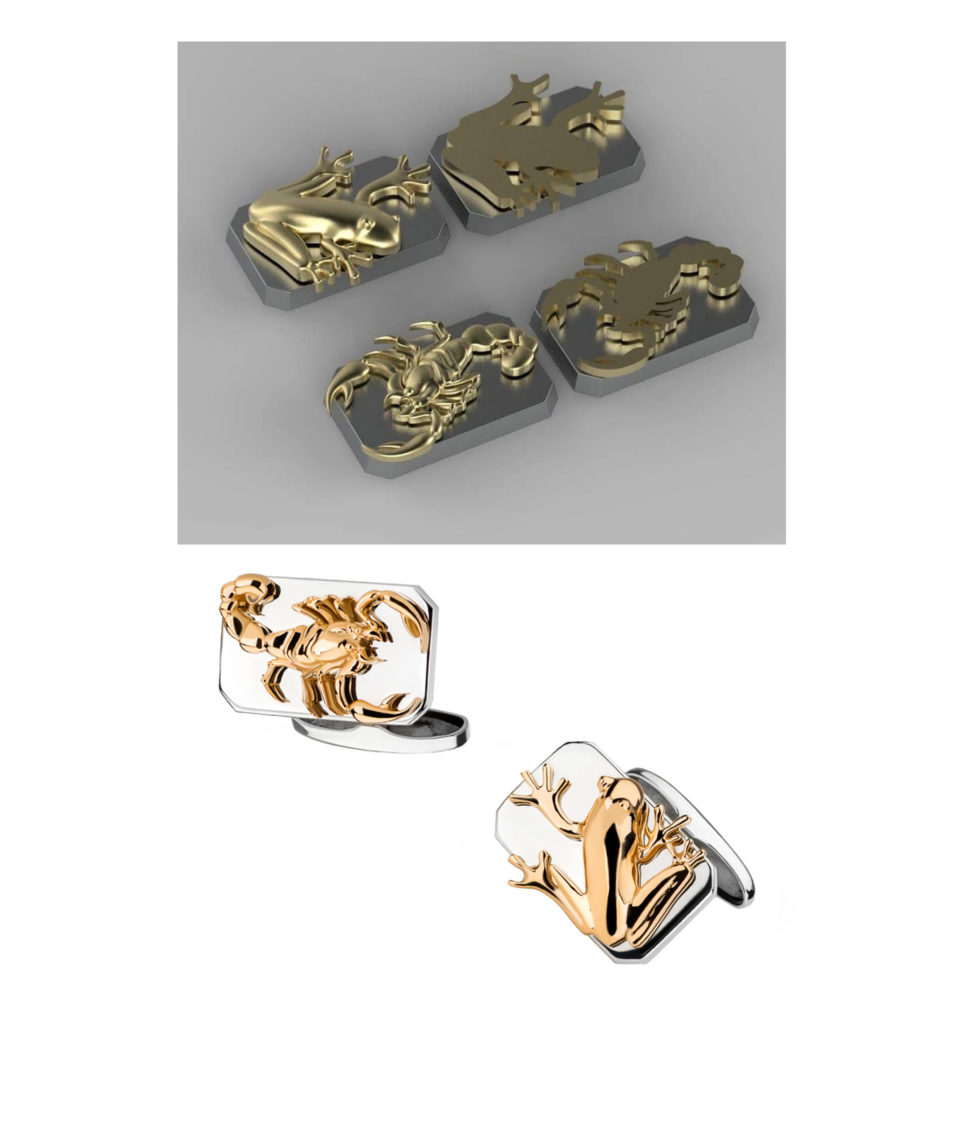