These one-of-a-kind gemstone earrings draw their inspiration directly from the polka dot culture of America in the 1950s. Here, small cabochons of amethyst, garnet and pink tourmaline have been set into discs of transparent resin to create multi-layered artworks for the ear. The resin and gemstone discs are paired with two garnet beads, which themselves imitate the shape of the polka dot and compliment the pink-red shades of the gemstones suspended below.

Garnets are a wonderfully versatile gemstone, full of character and deep colour. Its name is derived from the Latin word ‘granatus’, meaning seed or grain, because of the stone’s resemblance in hue to the seeds of the pomegranate fruit in its most recognised, blood-red form. Whilst the garnet’s most common hue is red, garnets do also occur naturally in a multitude of other rainbow colour variations, from brownish-red to orange (mandarin garnet), purple-pink rhodolite garnet and the prized green garnet, known as a Tsavorite.

Legends and folklore place garnets among the most ancient of talismans, not only prized as an ornamental jewel but also as one that had strong curative powers and protective energies. For many, garnet gemstones are believed to inspire creative energy and purify the body to a re-energized state. It is also thought by crystal enthusiasts to promote self-empowerment and harness inner strength. 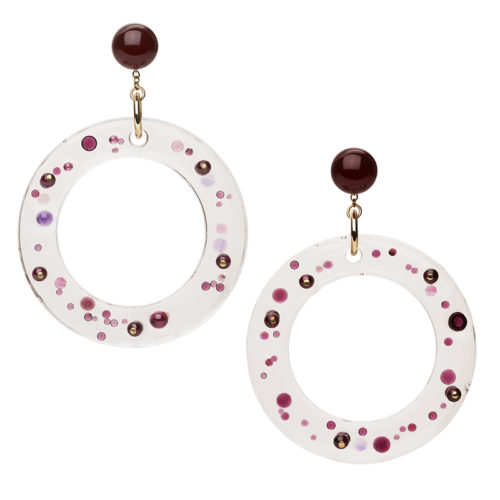 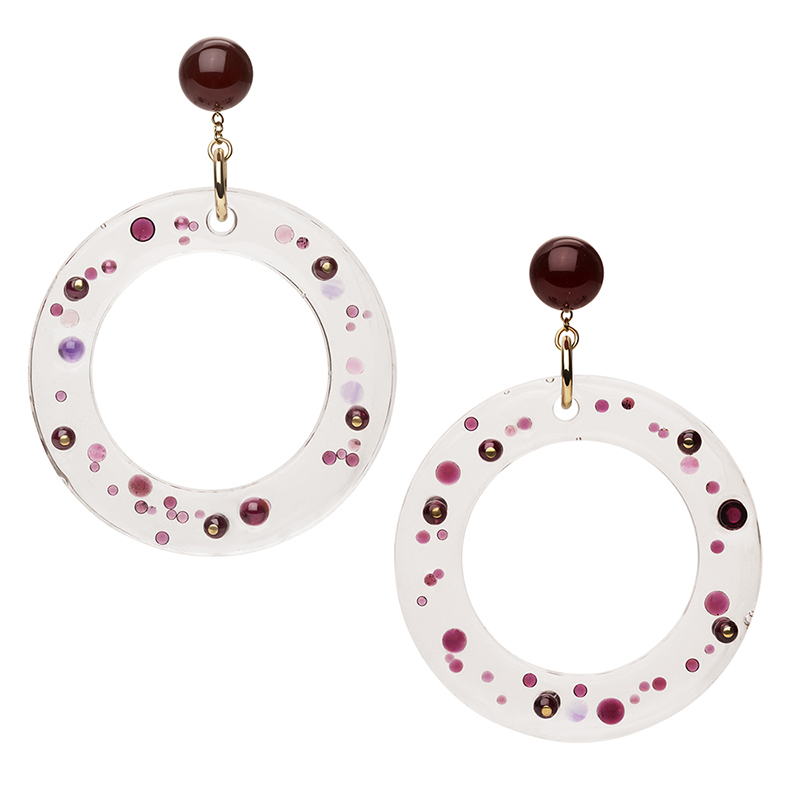 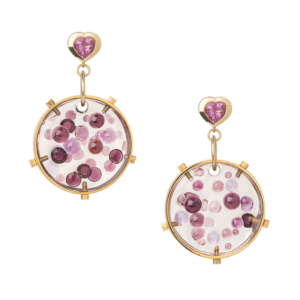 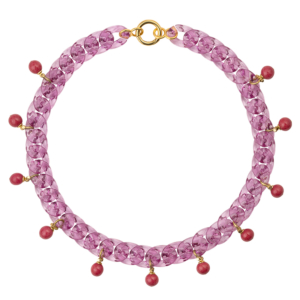