The one-of-a-kind Whoops-a-Daisy Ring hails from the designer’s Lost & Found collection, which takes its inspiration from the Victorian curiosity cabinet, the art of Joseph Cornell and the ‘found’ object. Stumbling across a hand-carved onyx flower head at a market store, Tessa kept this cabochon safely stored in a drawer, along with numerous other eclectic finds, for over four years whilst she worked on different designs. Lost & Found embraces these ‘lost’ objects, such as this carved flower, giving them a new lease of life through creative reconstruction and embellishment.

The Whoops-a-Daisy Ring is hand-crafted in 18ct yellow gold and set at its centre with a 3mm white diamond, giving this everyday cocktail ring just the right amount of sparkling bling. It has featured in such publications as Professional Jeweller Magazine.

Cocktail rings first emerged in the jazz-age of the 1920s as a symbol of opposition to Prohibition. During that time, an alcoholic cocktail was about as rebellious a status symbol as you could get. Making sure that everyone noticed your illicit drink was equally important – particularly for women – who were beginning to challenge their proscribed role in the home and society. The cocktail ring – in all its colourful, blinging glory – was thus invented as an emblem of female independence and became the perfect accessory at secret parties in towns and cities across America. Nowadays, cocktail rings take on all sorts of weird and wonderful forms, and do not have to be relegated to evening or night time wear. In fact, we think the Whoops-a-daisy Ring looks as good on the finger by day as it does by night, its neutral palette making it a perfect everyday ring.

The Whoops-a-Daisy Ring is available immediately in size N/O but can be resized to fit any finger. 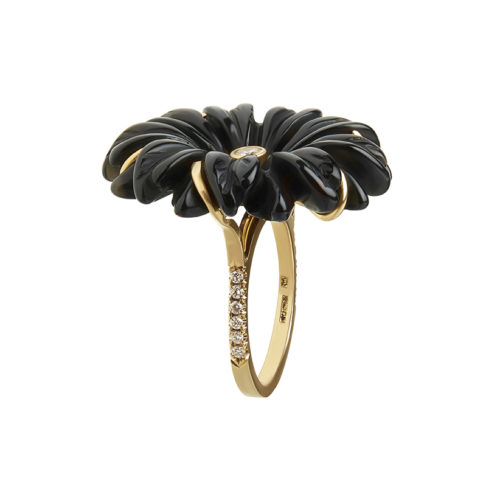 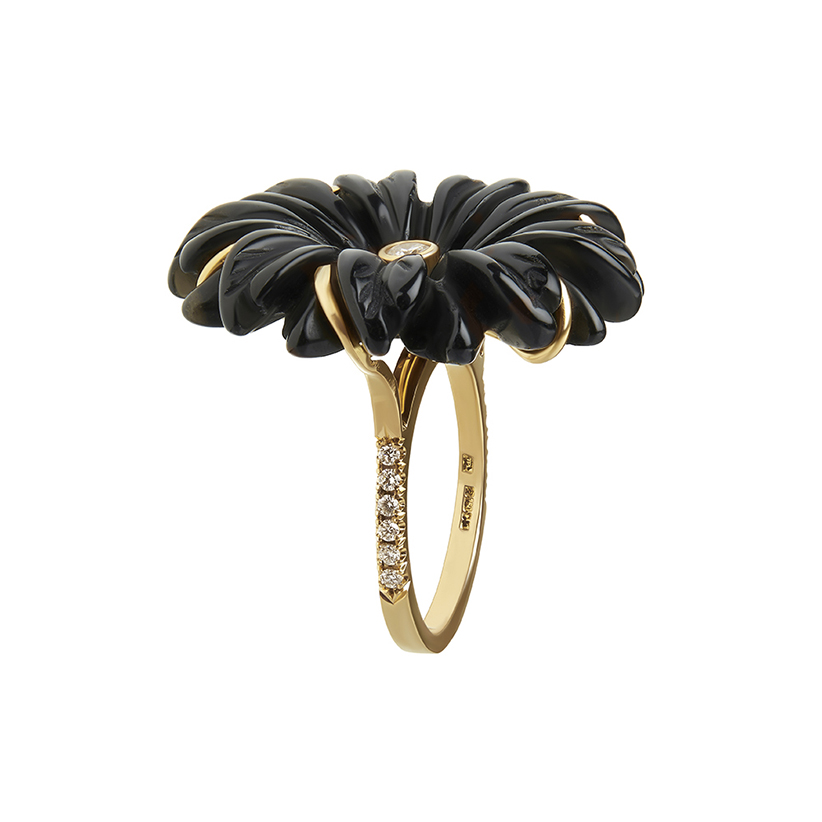 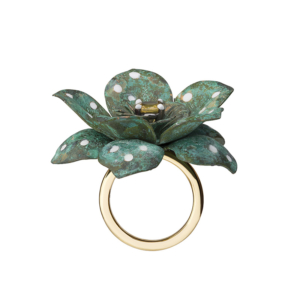